Dr Andrew Krahn, Head of UBC Cardiology and a cardiologist at St Paul’s and Vancouver General hospitals, is a leader in genetically related heart disease. His journey to his current position started by following his own heart. Originally, leaning towards studying engineering, he veered at the last minute to taking undergraduate sciences that eventually led to a career in medicine. His desire to learn more about what he found hardest to understand helped him settle on cardiology with a special interest in genetic heart disease. 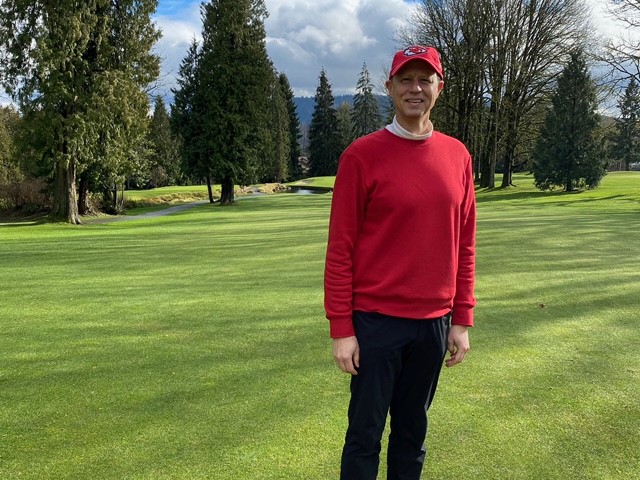 Dr Krahn says, “While training in Internal Medicine, I found cardiology the hardest so I did extra training in it and suddenly realized that I just plain loved it. At the same time, I established a career goal that I’m thrilled to have been successful in, which was ‘I want to still love my work when I am fifty’.”

Starting with his training in Winnipeg, Dr Krahn worked for 18 years in London, Ontario, where he was mentored by a leader in heart rhythm disease before returning to his roots in BC.

It was very early on in London, Ontario that Dr Krahn’s interest in genetic heart disease piqued. He was asked to oversee a stress test on two young brothers with Long QT syndrome – which is an inherited heart arrhythmia. Being of curious mind, Dr Krahn started to ask questions about LQT. He found out that “We didn’t know a lot about what this disease was, what was causing it, how to measure it, who was safe, and who needed more invasive treatments.” He describes this experience to have set him on the path he is today. As a memento of the beginning, Dr Krahn has an EKG of one of those boys posted on his office wall at St Paul’s.

Dr Krahn soon realized they had to expand beyond LQT to include other inherited cardiovascular conditions (ICCs) for genetic testing, diagnosis and research. He also helped expand the program from four centres to eight. As he continued his work in Ontario, word was spreading to BC, where there was a medical interest in understanding LQT, but no formalized system. The stars aligned when UBC recruited Dr Krahn nine years ago to bring his expertise in ICCs to BC .

In 2012 medical geneticist Dr Laura Arbour, in partnership with Drs Andrew Krahn, Anthony Tang (Royal Jubilee Hospital), Shu Sanatani (BC Children’s Hospital), and Cardiac Services BC, championed a Quality and Innovation project supported by the Specialist Services Committee for the development of the BC Inherited Arrhythmia Program (BCIAP). Cardiac Services BC launched the program in three sites: one in Victoria and two in Vancouver (St. Paul's and BC Children's Hospital), with outreach to Northern BC in spring 2013. The program continues to accept patients expanding their care knowledge and understanding, as well as collecting data for research.

Dr Krahn’s big goal is for every Canadian to live close to a genetic heart expert, and receive care at the right time and from the right people. This is particularly important in BC where geography often makes it difficult for patients living in rural areas to access timely care.  Dr Krahn is striving to reach that goal through his partnerships with other medical experts, his teaching at UBC and as the Medical Lead for the Provincial Inherited Cardiovascular Conditions and Sudden Cardiac Death Management, which is partially supported by SSC’s Health System Redesign funding.