This November marks the 15th year since the formation of the Specialist Services Committee (SSC), one of the joint collaborative committees (JCCs) of Doctors of BC and the BC Government. The overarching goal of SSC is to improve specialist care in BC. 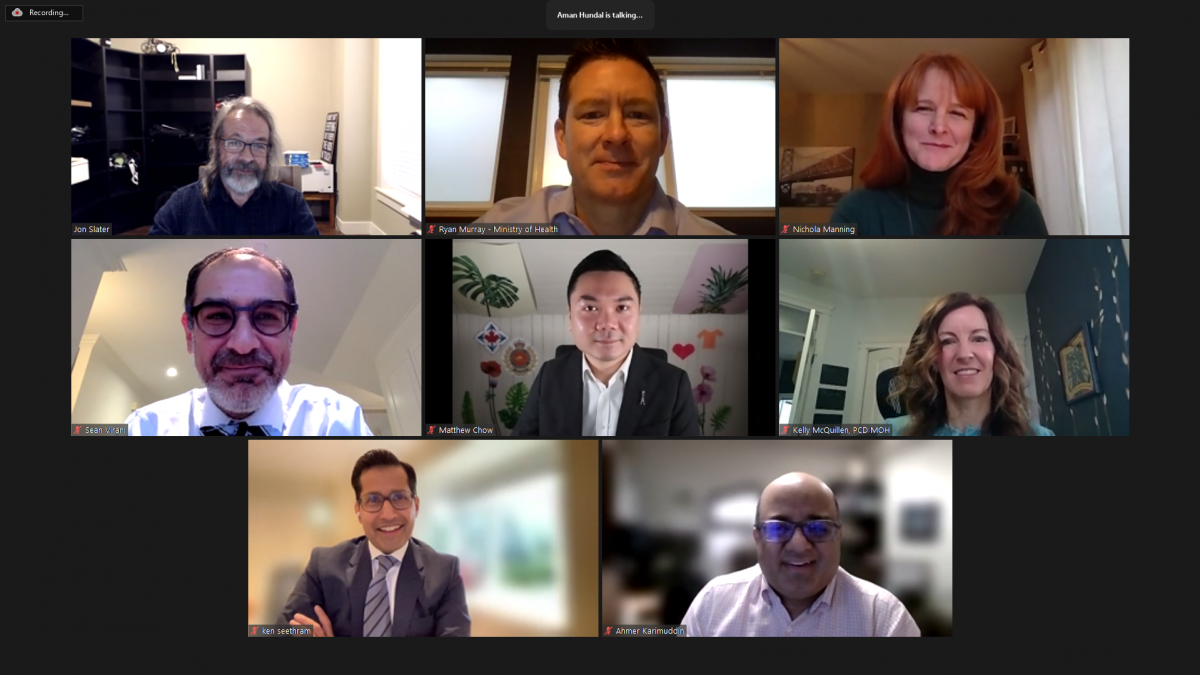 SSC’s decision-making body is comprised of eight voting members equally distributed between the Ministry of Health and Doctors of BC. The group meets bi-monthly in an all-day meeting to provide direction to staff and make important decisions in regard to planning and budgeting. Given BC’s unique collaborative environment, representation at the table in these meetings also include health authorities, other JCCs, and allied health partners. Discussions are led by two co-chairs, one representing Doctors of BC, the other, the Ministry of Health.

To mark the anniversary, SSC invited past co-chairs to their November meeting to reflect on their time at SSC and share advice for the Committee going forward. Brief excerpts from these valuable reflections and insights are shared below, starting from the earlier to the more recent co-chairs.

“At first, there was some discomfort I think on both sides (Ministry of Health and Doctors of BC), but we worked to improve that and developed friendships and relationships with each other that have lasted.”

“The one field that I was most proud of during my time was really the specialist payment for participation in health authority health service redesign. We were on to something back then, and I really think that this likely was the roots of the facility engagement initiative now. In terms of a word of advice for existing members and staff, it's easier to work with physicians than against them.”

“The telephone consultation piece particularly the urgent access for first phone advice which we still use a lot today was a big achievement for the time and probably the groundwork for BC as a whole to pivot during COVID and respond to the healthcare demands of virtual medicine. The only long-term advice I would make is the focus that you're putting on cultural particularly indigenous awareness is a really important thing and that's the only way to take us into the future. And the other small plug would just be for climate change is to do whatever you can, as a Committee, to address the fact that climate causes disease, and the sooner we get our heads around it, the more we're going to progress as a society.”

“I always felt that the joint clinical committees were the place where health system dreams could come true, due to the high functioning teams that were at the table and the partnerships that we had with physicians who really have incredible voice and power and credibility in the system…the achievements that I'm proud of was really focusing on advancing that partnership and collaboration with the doctors of BC, specialists and the health authorities…To have the Ministry of Health and the health authorities at the table with the Doctors of BC actually dialoguing in a constructive way, to visualize and think of how we could solve problems that were meaningful in the healthcare system collaboratively with calm voices was just transformative for me…this is something that I will take with me for a long time…the relationships that I built at the SSC table, both in terms of the Doctors of BC, the Ministry of Health, and the regional health authorities have been enduring.”

“My messages is be open to emergent planning and design based on your monitoring and progress, adapt as you go. And it's important to refresh the leaders energy over the long haul… By working together and networking together during difficult times we are able to look at situations and resource ourselves, find out who has power, who shares the passion, who has influenced to get it done. And I think most importantly, what I took away is who's concerned for me as an individual. We're all human beings, and we always had people to turn to at the table, we saw each other as individuals and as human beings, and that was really a value to me.”

“How I got into the SSC co-chair role is actually because people like Sean created space for me and I won't ever forget that. I think an important part of leadership development is that we create space for new leaders and we have this constant renewal…Reflecting on my time, if you remember back in those heavy days of March of 2020.. I'm proud of how the specialist community came together, not always having a secure supply of PPE, and just trying to cobble things together…

My feedback or advice would be that we have our titles, we have our roles, we are a specialist or we're a ministry person or a health authority person, but at the end of the day, we're human beings and we are neighbors and you see that, during this flood. My faith in humanity has been strengthened this week because of seeing what people are doing to save lives, livestock and livelihoods and do everything they can to get us to the other side of this. And that makes me confident that groups like the SSC, people like you, that we will carry on.”

The current Co-chairs Dr Ahmer Karimuddin (Doctors of BC) and Ryan Murray (MoH) thanked all the past co-chairs for their participation, inspiration and advice. Learn more about SSC’s programs and initiatives here.