Representing Doctors of BC on the Specialist Services Committee (SSC) as the new Co-Chair, Dr Ahmer Karimuddin, a general and colorectal surgeon, is a familiar face on SSC, the Joint Collaborative Committees (JCCs), and Doctors of BC. 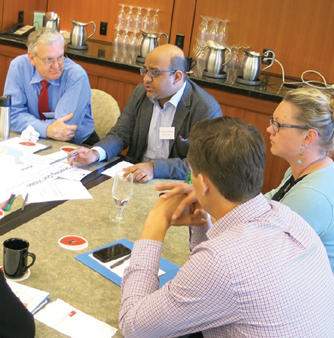 Dr Karimuddin previously served on SSC as a member from 2013-18, as part of which he was the surgical lead for SSC’s Enhanced Recovery After Surgery (ERAS) Collaborative that aimed to improve surgical outcomes for patients undergoing elective colorectal surgery. His current involvement in the JCCs and Doctors of BC includes being a member of the Tariff Committee that oversees clinical fees, a member of the Diversity and Inclusion Advisory Working Group that provides input to the Doctors of BC’s board of directors on considering recommendations from the barrier assessment, and member of the Provincial Surgical Executive Committee that brings together a multitude of stakeholders to improve surgery in BC. Read Dr Karimuddin’s full biography here.

Physician leadership means a great deal to Dr Karimuddin who started his leadership journey as early as his residency at the University of Saskatchewan, where he was the President of the Professional Association of Interns and Residents of Saskatchewan (equivalent to Resident Doctors of BC) for two years.

“By and large many of our interactions as physicians are one-on-one. You can influence the person next to you, but in order to have a system impact the only way to do that is to seek out leadership opportunities,” he said.

What makes leadership effective and make change possible however according to Dr Karimuddin is something on which many of his career choices have relied on - collaborative work.

“Whenever people think about medicine they often think about an individual physician working on their own, almost like a superhero kind of entity. In modern health care we can only do our best work when we are working as part of a team, with lots of people around us and collaborating effectively with them.” 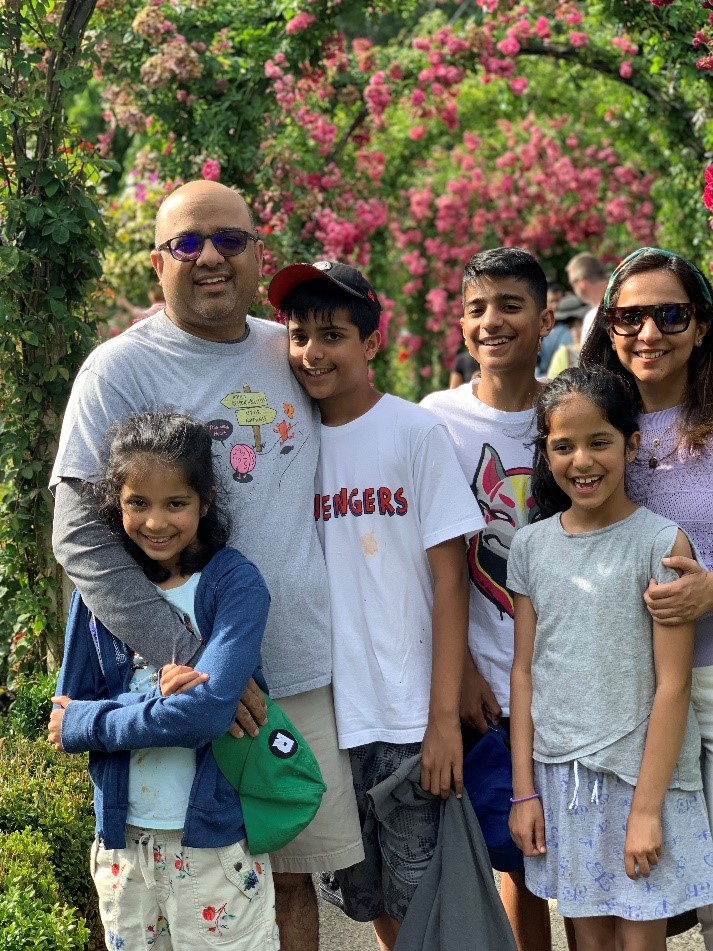 While choosing his specialty, a significant factor for Dr Karimuddin was the amount of cross-disciplinary collaborative work that went into it. As a colorectal surgeon, he works with anesthesiologists, gastroenterologist and internists on a daily basis. In addition, he has multidisciplinary relationships with nurses, dietitians, pharmacists, and physiotherapists. This team-based care approach inspired him to lead the ERAS collaborative.

After completing his specialty training he chose to come to BC due to the province‘s reputation for its collaborative environment rather than a hierarchical one, especially for physicians just starting their practice.

His dedication to the work of JCCs and Doctors of BC and now his co-chairmanship of SSC all speak to his love for collaborative work.

“There is nothing that I do in my daily life as a surgeon that I can do without the hospital, the Health Authority and multiple other colleagues. I don’t see collaboration and working in this collaborative space as an option, but an absolute necessity.”

With the collaborative framework in place, what Dr Karimuddin has in mind as priorities for SSC are very timely matters, including voicing the need for diversity and inclusion, encouraging team-based care, being vigilant with cultural humility practices both in the profession and for the recipient patient population, and closing the gender pay gap for doctors.

SSC warmly welcomes Dr Karimuddin to the committee and joins hands with him in better serving the specialist populations in the province.

Center to surgery is the patient experience