Campbell River’s colorectal surgeon, Dr Tiffany Chan, chose her path by following this piece of advice: pick a speciality with the kind of people you like to hang out with because they will be your colleagues, mentors and advisors for the rest of your career. Dr Chan found that colleagues in colorectal surgery were her kind of people.

In choosing her speciality, she also thought about the procedures she was interested in, problems she’d like to solve and patients she wanted to help. In particular, she was drawn to help and care for patients with inflammatory bowel disease and colorectal cancer. 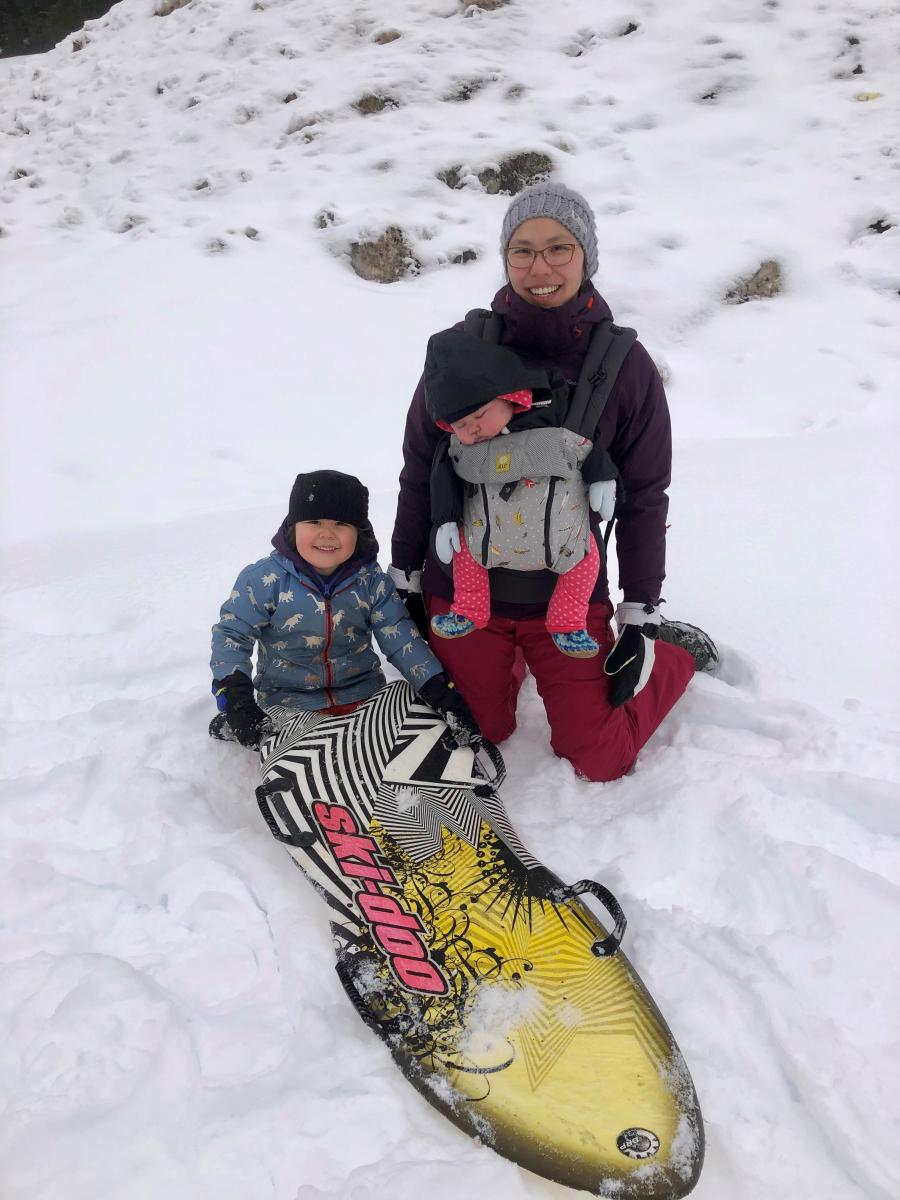 Born in Hong Kong, Dr Chan’s parents moved to Toronto when she was three years old. Settling in the suburb of Scarborough, Dr Chan was exposed to an incredible diversity of cultures, which she still appreciates to this day. Dr Chan says, “in my work, I always have a soft spot for those patients who move to a new country and are trying hard to adapt to their new surroundings without losing touch with their culture—it also means I occasionally get to practice my Cantonese.”

There is a certain naivety to how Dr Chan became a doctor. It began as a child when she answered the proverbial question, “What do you want to be when you grow-up?” There were few medical influences in her family, but “doctor” just seemed like the right thing to say. As her education progressed, her focus remained on the sciences. Eventually, she applied and was accepted into medical school at McMaster University in Hamilton, Ontario.

Once she graduated from McMaster University, Dr Chan was selected for  surgical residency at the University of British Columbia. The first two years of residency were spent in the Lower Mainland. It was during the latter half of residency that she gained experience in community surgery through a number of placements around BC.

After residency, Dr Chan did fellowship training in colorectal surgery at Washington University in St. Louis. Fortuitously, a surgical position became available in Campbell River and she had the opportunity to visit and locum at the recently rebuilt hospital.  This solidified the decision to move her family to their new home in Campbell River upon their return from the US.

Although urban centres often offer easier access to consultants and specialized tests, the rural landscape is rapidly changing for the better, especially with the onset of the pandemic bringing telemedicine to the forefront. Recently, Dr Chan was the physician co-lead in the development of a centralized endoscopy referral program that aimed to reduce the patient wait times for endoscopy procedures.

“We worked closely with the coordinator of Colonoscopy Services and a project manager from the Colon Screening Program. It helped that our surgeon group was on the same page about this initiative. As a result, from planning to launch was amazingly fast. We started talking about it in the Fall and by August the program was a reality.  It helped to have support from the Health Authority and funds from the SSC’s Enhancing Access Initiative,” she says.

For Dr Chan, being the only colorectal surgeon in the Campbell River catchment offers many rewards. She says, “I feel as a surgeon I’m doing a public service. It’s great to know my skill set is needed here, and rewarding to treat patients who would have otherwise had to travel several hours to Nanaimo or Victoria for subspecialty surgical care.”