The success of Island Health’s RuralHealth TeleMS program can be measured in kilometers not driven, time not spent commuting, gas dollars saved, and energy retained by patients whose Multiple Sclerosis (MS) already depletes their resources. 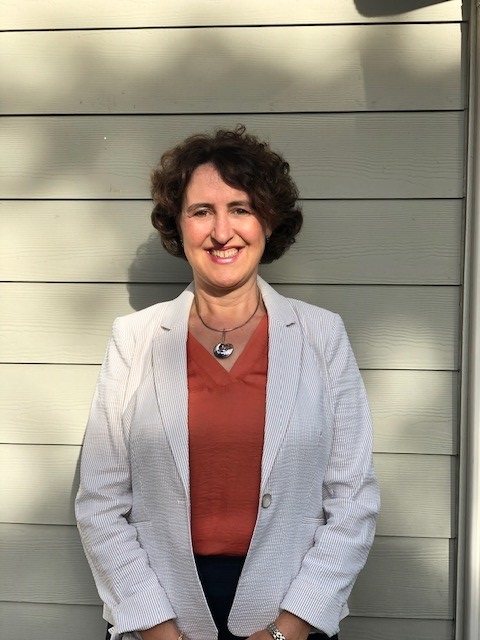 The program began in January 2016 as a pilot project funded by the Specialist Services Committee (SSC), led by the director of the Vancouver Island MS Clinic, neurologist Olinka Hrebnicek. It uses TeleHealth technology to serve MS patients living in Central and North Vancouver Island, which reduces the number of kilometres they’ve had to commute by almost 156,000 km, decreasing their driving time by 120,000 minutes, and saving them more than $30,000 in gas money.

Over the years, Dr Hrebnicek has seen the toll taken on MS patients by long drives to clinics, especially in poor weather. They often arrive for their appointments drained, worrying about their return trip. Research shows that people with MS suffer worse fatigue than patients with other chronic illnesses, so travelling vast distances is especially grueling.

In the past, MS patients tended to stay off more complex medications the further away they lived from the clinic because of the lack of medical support. The more remote their location, the less likely it was that they would get the “gold standard of care,” said Dr Hrebniceck.

Vancouver Island is a hub for MS patients in Canada. They’re drawn to the island’s temperate climate, which poses fewer mobility and health challenges than elsewhere in the country. MS is a disease that strikes people in their 20s and 30s, and many young MS patients settle in towns like Comox and Campbell River that are more affordable than Victoria.

Dr Hrebnicek decided to explore the potential of using TeleHealth to see patients who didn’t live in the city. Although TeleHealth had been available for some time, it was cumbersome and didn’t allow for the professional administration of tests. So in 2016, using SSC funds, the Victoria MS clinic hired a part-time MS nurse clinician, who started off in Parksville but eventually established herself in Nanaimo. The clinic and the nurse both obtained an embedded TeleHealth monitor and began using real MS patient volunteers to see if virtual visits might work.

MS patients travelled to the Nanaimo nurse to do tests of their strength, mobility and reflexes, had those results faxed to the Victoria clinic immediately, and then discussed any issues with their neurologist via the TeleHealth screen. The nurse remained in the loop throughout, and, after the meeting, could provide the patient with further information based on the doctor’s remarks.

The process worked seamlessly. “Immediately, having a nurse part of the visit, and having that nurse embedded in the community, who knew the resources, made a critical difference to our TeleHealth program,” says Dr Hrebnicek.

The Nanaimo nurse clinician now serves as a conduit between patients and neurologists, cardiologists, urologists, physiotherapists, rehab physicians and the Victoria clinic’s psychiatrist. Having that nurse in place also helped in the recruitment of a Nanaimo-based neurologist specializing in MS, which was “a big win.” Dr Hrebnicek says the fact that the new doctor was supported by the Victoria clinic through TeleMS was a selling point.

One half of the 750 active MS patients on Vancouver Island now use the TeleMS system. After 20 years treating patients with this challenging illness, Dr Hrebnicek is delighted to be able to offer patients “anything that makes their lives easier.”

Victoria’s is the first MS clinic in Canada to use TeleHealth to treat MS patients. The program contributes to Vancouver Island and Island Health’s reputation as Canadian health care leaders.