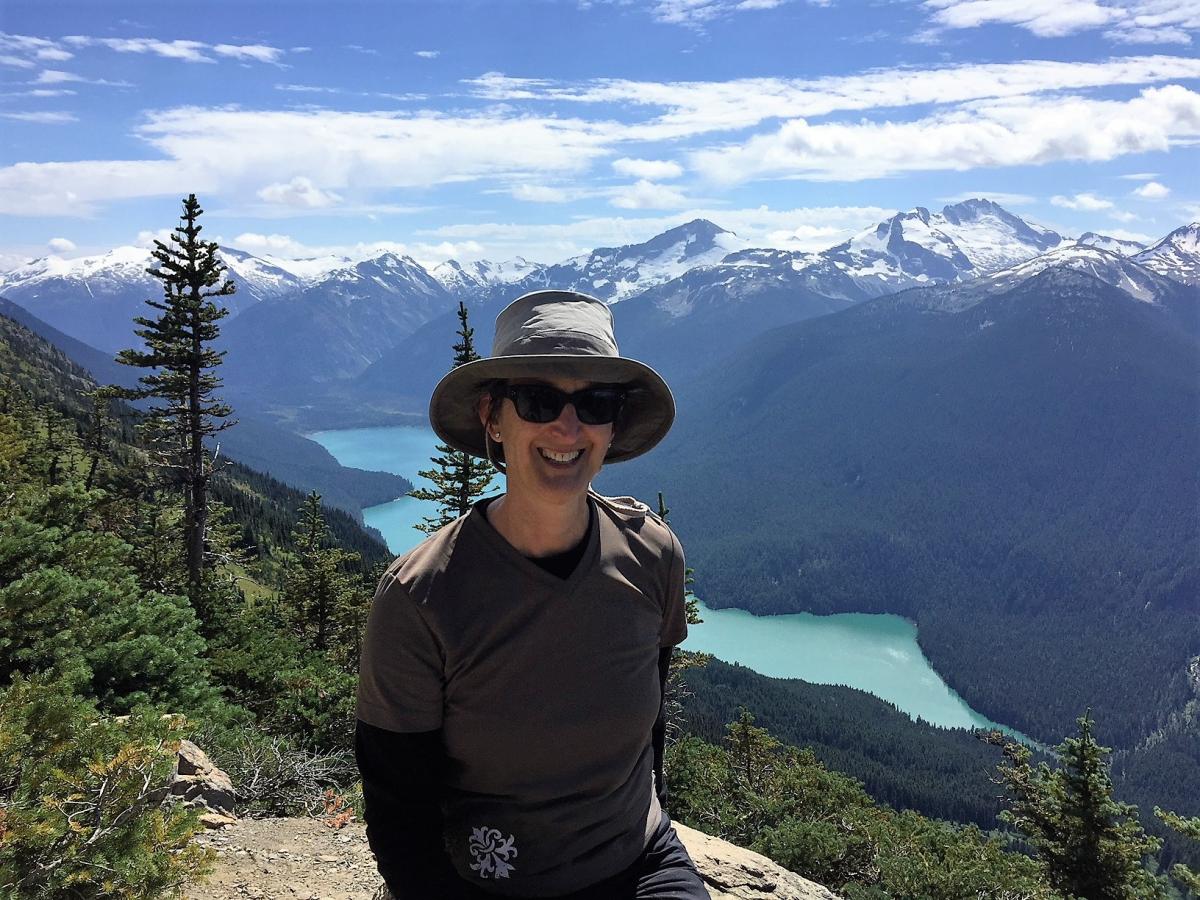 Dr Tamara Shenkier was the first person in her extended family to become a physician. Her father came to Canada as a refugee after World War II and settled in Montreal where he met her mother, a pre-school teacher. They were both were very supportive of Tamara’s ambitions and were very proud when she earned her medical degree at McGill University.

Attracted to its natural beauty and opportunity for recreational activities, especially skiing, Dr Shenkier chose Vancouver and St. Paul’s Hospital, as her internship destination after graduating. There she met her future husband, Dr David Landsberg. After sustaining a serious bicycle injury, and undergoing multiple surgeries, she recovered and took a position as a Clinical Associate at the BC Cancer Agency; “I worked with an inspiring group of medical oncologists like the late Dr James Goldie, recently retired Drs Joseph Connors and Susan O'Reilly who encouraged me to pursue specialist training in Medical Oncology.” She completed her training in 1994 and began her career at the BC Cancer Agency, Vancouver Clinic, later that year, after the birth of her daughter, Naomi. Her second daughter, Adina, followed two years later.

Her first leadership role was Director of the UBC Medical Oncology Residency Training Program from 2004-2012. In that role she further immersed herself into educational leadership by assuming sequential roles on the Royal College Medical Oncology Specialty Committee, eventually becoming Chair in 2016. She has been fortunate to partake of additional learning opportunities, including the OncoTalk Teach Faculty Development Program, which supported her passion for teaching oncology communication skills to post graduate trainees.

In 2014 she and another colleague, Dr Sharlene Gill, became co-Presidents of the Association of BCCA Medical Oncologists. This coincided with the Facility Engagement initiative and became the launch pad for creating the BC Cancer Medical Staff Engagement Society, which led to her earning the ‘Champions of Change Award’ in 2018, from the Joint Collaborative Committees of Doctors of BC and the Ministry of Health. Tamara is currently President of the BC Cancer Medical Staff Engagement Society.

“My career has been very rewarding as a result of saying “yes” to leadership opportunities.” These opportunities showed her that alliances with other colleagues across professions, regions and institutions can be fruitful and inspiring. “While I still enjoy patient care, I realize that I can have a bigger impact if I approach issues at a systems level.” In early 2018, she co-led the creation of the After Breast Cancer Service (jointly funded by BC Cancer Foundation and BC Women’s Hospital) by applying new skills she developed during UBC Sauder School of Business Physician Leadership Program. “I am grateful for the sponsorship SSC provided to attend this outstanding program.”

Given her extensive work responsibilities, along with being a wife and a mother of two, what drives Dr Shenkier is a value that she holds close to her heart – Tikkun Olam – Repairing the World. “I want to leave the world a better place than I found it.” In reflecting on her career, Dr Shenkier is proud of her “ability to connect with patients, families and colleagues on a deep and authentic level, earning and holding their trust. This is how I grow as a physician and a human being.”