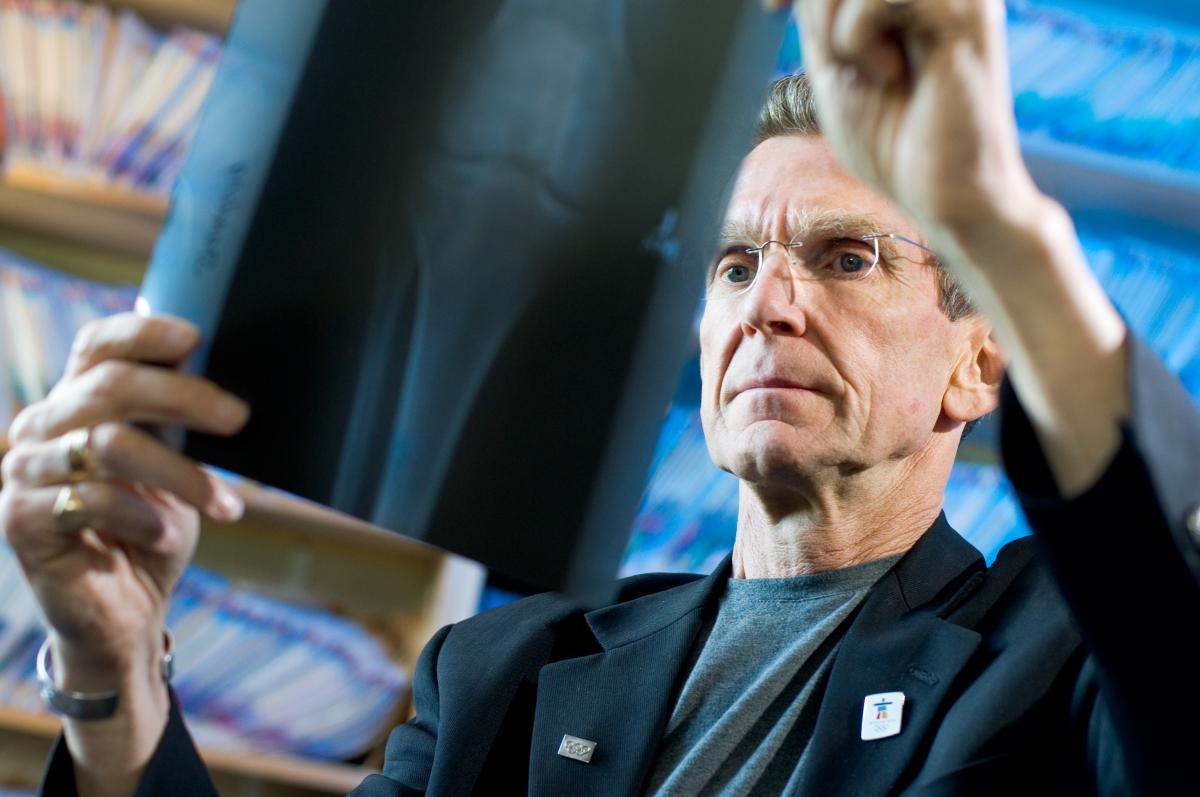 Dr Jack Taunton was inducted this year into the BC Sports Hall of Fame. In the 1970’s, Sports Medicine was a rare specialty and one of its leading lights was Dr Jack Taunton.  In 1977, Dr Taunton and fellow practitioner, Dr Doug Clement established Vancouver’s first sports medicine clinic, which eventually became the Allan McGavin Sports Medicine Centre.

Dr Taunton also co-founded SportMedBC and has been team doctor for a number of Vancouver sports teams.  As well, Jack was a medical officer at a number of Olympic Games and the Olympics’ Chief Medical Officer in Sydney and Vancouver.  It is safe to say that Jack is one of North America’s leading sports medicine practitioners; pioneering its development and helping countless numbers of athletes to avoid injury and enhance performance. In addition, Jack is a marathon runner and he co-founded the Vancouver Marathon and Vancouver Sun Run.

The BC Sports Hall of Fame induction ceremony and dinner were held in late September at the Vancouver Convention Centre.  The large ballroom buzzed with people from all walks of life and sprinkled among them, some of BC’s most gifted athletes; many of whom have been touched in some way by Dr Taunton.

Dr Taunton seemed humbled by the experience as he walked around to the many attendees, shaking their hands and thanking them for coming. During his acceptance speech, Jack attributed his success to the many people he has had the pleasure to work with through the years, both on the clinical practice side and in research.

Dr Taunton has been many things, a marathon runner, doctor, coach, clinical teacher and mentor to many. Now he can add the well-earned honour of becoming an inductee to the BC Sports Hall of Fame.