Spotlight on a Specialty: General Surgery 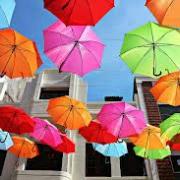 General surgery is like an umbrella – it covers surgeons with the skills, knowledge and familiarity to treat a broad spectrum of conditions. On any given day, a general surgeon could save the life of a car accident victim, repair a ruptured appendix or operate on someone with cancer.

This is why Dr. Mark Dickeson, President, Section of General Surgery was drawn to the specialty. “I liked the thought of doing something different every day of the week – the diversity of practice was a huge factor in why I chose General Surgery.”

Not long ago, General Surgery faced a decline in its attraction to medical students. However, thanks to the improved and increased use of technology it is once again highly sought. UBC now has seven residency spots (including one foreign trainee). Currently 165 full-time general surgeons are practicing throughout BC.

The number one issue facing General Surgery is a lack of access to resources. As a primarily procedural-based specialty, it is highly dependent on hospital resources to provide patient care. Yet the current reality is less available resources and an ever increasing pool of patients.  Consequently, wait lists continue to grow and many hospitals that wish to recruit general surgeons are unable to because of limited resources.

The introduction of the telephone and complex discharge fees by the Specialist Services Committee (SSC) has helped to alleviate some of the pressure on access to this specialty, and has benefited both patients and general surgeons alike. Both fees have been widely adopted by the section. It is believed that General Surgery is one of the highest users of the telephone fee.

Says Dr Dickeson, “General Surgery allows you to become sub-specialized if you so wish or to remain a true generalist. It also provides opportunities to practice in any corner of the province.”